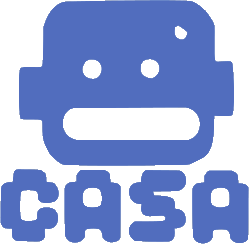 Full title: Cancer and the Threat of Death: The Cognitive Dynamics of Death-Thought Suppression and Its Impact on Behavioral Health Intentions Learning that one has cancer is a terrifying thought. A natural reaction would be to suppress that thought, which can affect the way we approach and seek treatment. This study investigates the cognitive association between […]

Is Psychology Still a Science of Behavior? – Dolinski (2018)

Since the 1970s, social psychology has examined real human behaviour to an increasingly smaller degree. This article is an analysis of the reasons why this is so. The author points out that the otherwise valuable phenomenon of cognitive shift, which occurred in social psychology precisely in the 1970s, naturally boosted the interest of psychologists in […]

Pretend play is a form of playful behavior that involves nonliteral action. Although on the surface this activity appears to be merely for fun, recent research has discovered that children’s pretend play has connections to important cognitive and social skills, such as symbolic thinking, theory of mind, and counterfactual reasoning. The current article first defines […]

Human cognition is founded, in part, on four systems for representing objects, actions, number, and space. It may be based, as well, on a fifth system for representing social partners. Each system has deep roots in human phylogeny and ontogeny, and it guides and shapes the mental lives of adults. Converging research on human infants, non-human primates, […]

“To test whether the language we speak influences our behavior even when we are not speaking, we asked speakers of four languages differing in their predominant word orders (English, Turkish, Spanish, and Chinese) to perform two nonverbal tasks: a communicative task (describing an event by using gesture without speech) and a noncommunicative task (reconstructing an […]